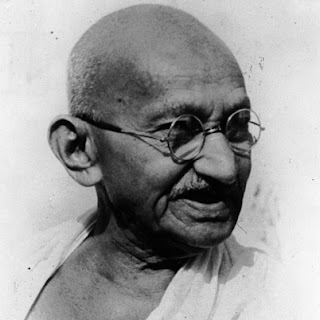 Mahatma Gandhi
Mahatmas Gandhi was the primary leader of India's independence movement and  the architect of a form of civil disobedience that would influence the world.

Time magazine named Gandhi the Man of the Year in 1930. Gandhi was also the runner-up to Albert Einstein as "Person of the Century" at the end of 1999. The Government of India awards the annual Gandhi Peace Prize to distinguished social workers, world leaders and citizens. Nelson Mandela, the leader of South Africa's struggle to eradicate racial discrimination and segregation, is a prominent non-Indian recipient. In 2011, Time magazine named Gandhi as one of the top 25 political icons of all time.
Gandhi did not receive the Nobel Peace Prize, although he was nominated five times between 1937 and 1948, including the first-ever nomination by the American Friends Service Committee, though he made the short list only twice, in 1937 and 1947. Decades later, the Nobel Committee publicly declared its regret for the omission, and admitted to deeply divided nationalistic opinion denying the award. Gandhi was nominated in 1948 but was assassinated before nominations closed. That year, the committee chose not to award the peace prize stating that "there was no suitable living candidate" and later research shows that the possibility of awarding the prize posthumously to Gandhi was discussed and that the reference to no suitable living candidate was to Gandhi. When the 14th Dalai Lama was awarded the Prize in 1989, the chairman of the committee said that this was "in part a tribute to the memory of Mahatma Gandhi."

Posted by viaggio in India con Pawan Sharma at 11:57

viaggio in India con Pawan Sharma
I am Pawan Sharma M D and Owner of Driver India Private Tours Site-www.driverindiatour.com. After working many years as a tourist driver. my friends and tourist advised me go ahead and than with the help of my friends and tourist I bought my first car and start serving to guests my own. I make a team of best drivers who have legal License. And established a organization. We established in Delhi near IGI airport as a Registered office in year 2010. we will take care of any needs you have to make your stay in India most enjoyable! We will tailor a trip to meet your needs and guaranteed you will be in safe hand. Your private driver is totally at your disposal during your tour with us. India is a attractive country with many thing to see explore that it can be over whelming to the first time.